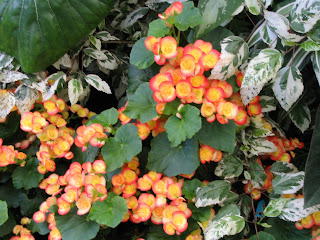 Recently a favorite cousin of mine was pushing hard to have me change my perspective on a topic of contemporary interest.  We found that we were both standing on opposite sides of the issue.  She wanted me to embrace her viewpoint and she was quite fervent and persistent about it.  This was something that I had already suffered for years, in conversations with other close family members, regarding their political views.  I realized that I almost had post-traumatic stress disorder-like symptoms from those continuous attempts at trying to get me to, 'Pray with them at the altar of their beliefs.'

These earlier conversations were always stressful, trying, and definitely not fun for me.  I was made to feel inferior and was ridiculed.  It got so bad that I chose to no longer speak with them for more than just a few minutes.  Though I do try to always be patient and kind with everyone whom I encounter, in general, I prefer to be with people who are positive and uplifting, rather than allow myself to become bogged down by negative thinking.  This is because I do think that we are able to accomplish our best work in life when we are in a happy and loving environment.  So, with my dear cousin, who I really resonate with on so many other topics, I was inspired to take a different tack and find a way through it, rather than simply avoiding it, as I had done in the past.

It is my belief that everyone is doing the very best that they can, given the experiences and information that they have encountered thus far in life, and that with few exceptions, we are all basically honorable and trying to create a better world.  So, I began by letting my cousin know that I was familiar with the many points of her position.  I explained that though I respected her perspective, I wouldn't be true to myself if I was to agree with her when I really didn't think or believe that way.  I also said that I thought that it was okay for us to have differing points of view.  We live in the world of duality, with light and dark, day and night, up and down.  We humans have lots of opposite beliefs, along with all of the shades of gray in between.  I think that our varying perspectives add color to our lives.  And though I found her differing views of interest, I didn't want to be forced to embrace them and so I asked for what I wanted, which was to continue to meet in harmony on the topics that we both love.  I also shared a few more points with my cousin, all of which seemed to help.

While I was in college, I studied statistics.  I only did so for about a week or two, before I dropped the class.  But the one thing that I learned during my brief time in that course, was that you can statistically prove anything.  Anything.  There will always be the 'facts' to fully back up and support any point of view.  Then, years ago, while gardening, I had a rather astounding epiphany.  I realized that what is right for a cat, may or may not be right for a dog.  And what is right for a dog, may or may not be right for a cat.  This shows that...   Diversity Negates Right and Wrong.  And thank goodness it does.  Furthermore, no two snow flakes are exactly alike, nor are any two roses.  We are all beautifully distinctive individuals, with our own brightness, and we each shine in our own unique way.

Over the years, I've noticed, that with couples, one may have certain traits that are quite different from the other's.  Their differences are part of the attraction.  He might want to be more spontaneous and she might wish that she could be more organized.  The trouble starts when each trys to make the other behave more like themselves,  unable to understand how their partner could continue to think or be that other way.  When we loose our appreciation for our uniqueness, and no longer see or appreciate the other's shine, we can fall into an adversarial relationship.  And that's not fun for anyone.

One of my mentors, Peace Pilgrim, used to say, "We are all cells in the body of humanity."  And there are many different types of cells in a body.  Embryology teaches us that after an egg is fertilized, the cells begin to divide.  At first most of the cells look the same, but then some begin to differentiate into the precursor cells for the various organs and parts of the body.  They were once all the same, but then they become differentiated.  There are liver cells, muscle cells, bone cells, etc.  Each one is different, yet every one is precious and all are a part of the same person.    My baby finger is different from my thumb, yet both are a part of my hand.  My nose is different from my ear, each one has different reactions and priorities, yet both are a part of my face.  And all of it is a part of me and they all serve the one, me.  Most all of the world's spiritual traditions teach that "We are all one."  We may be different but we are not separate.  So, learning how to appreciate and accept one another is a good idea.

As I look at humanity's collective psyche, it seems to me that we are leaving an old paradigm of separation, and moving into one of acceptance with an acknowledgment of our interconnection.  Our former way of being, the way that my closest family members approached me with regard to my different points of view, involved a lot of shame and blame and guilt, predominately directed at me.  (Of course, finger pointers are typically most critical of their own selves.  They are their own worst judge and so to bring themselves some relief, they find fault with others.)  In that paradigm of separation, we find isolation, loneliness, competition along with struggling against life and each other as the norm.  And, when we see ourselves as separate, we can imagine ourselves as better than others.  Herein lie the roots of war.  Our new way of becoming, the way that I was able to bridge the gap with my dear cousin, harbingers a time of allowance, of respect and of love.  Togetherness and collaboration, with each uniquely contributing to the whole, is the way that I think we are headed.  It is how we become when we see ourselves as one.

It is good to remember that we are a relatively young species here on earth.  I've heard it said that if all of life on earth was equivalent to one year, homo sapiens would have only arisen on the scene in the last 15 minutes or so.  We are just starting to learn how to live life and about how life works.  It is like we are barely at the tricycle stage when there are years of beautiful skills and exceptional mountain bikes to come.  We are just beginning to be able to understand how wondrous life can be.

So, how might we navigate the waters to this new end?  Well, we can try to imagine how the world appears from the other's perspective.  We can try on their reality as if it were a coat.  Put it on, look around, take it off and hand it back.  We can be supportive, in each moment, respecting the other and encouraging them to be who they already are.  In situations like these, where someone has a perspective that is different from my own, I often ask myself, "I wonder what it is like to be them?  How does their interaction with me feel?  How can I help them to know that they are seen, loved and respected by me, all the while remaining true to myself?"  Rumi said, "Love is the bridge between you and everything."  That is the key, being kind and compassionate.  And it is love, at this level, that helps us to mid-wife a new human consciousness into being.

Posted by Josephine Laing's Blog at 9:43 PM No comments: