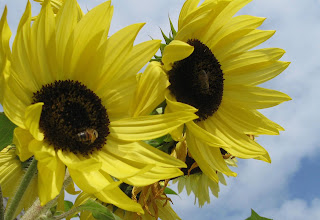 Years ago I had a brain injury that greatly affected my ability to function normally for several years, and it taught me a great deal about stress and anxiety.  If too much was going on, I would experience seizures.  My whole body would begin to twitch and jerk, uncontrollably.  I could have a conversation with someone and there would be no problem, but if the radio was playing at the same time, I would go into overload.  With the fast flashing images of movies and television, my brain would similarly become overwhelmed.

Modern technology with cell phones and blue tooth devices carry immense levels of unseen and mostly unheard stimulation. Protecting ourselves from these wireless technologies is a good idea.  They do have an effect and they can be profoundly insidious and covert stressors.  Because of my own experience, I feel that they should not be taken lightly by anyone who is suffering from stress and anxiety.

The outcome of this for me is that I am very careful with technology.  In many ways modern technologies are a great blessing in all of our lives, but for my personal health and well being, I do not own or use a cell phone.  My only phone is a corded landline.  All of my computers, including the mouse, TV, etc. are all hard wired with cords into the walls.  And I do not use or have in my home a microwave oven.   My bedroom is not located near any electric poles and my bed is situated at least a foot and a half away from the wall by using a nice headboard.  No electric devices are near me while I sleep.

I have also 'opted-out' of the 'Smart Meter Program' with my electric company, in order to avoid having my home being near continuously bombarded with some version of Electro Magnetic Frequencies (EMFs) aka Radiofrequencies, (RFs.)  Smart meters, can also be used by other utility companies, like gas and water.  And when smart meters are in use, they typically send out a big blast of RFs once a month, as they retrieve information from their meters. They also can send and retrieve little bits of data, near continuously.  This means that RFs can be affecting us all day and in some cases all night long, as well.  Utility companies prefer smart meters because they report continuously on consumer product usage and they also eliminate the labor expense of meter readers.  This may be a smart move for industry, but it is not smart for living organisms.  Functional medicine doctor Amy Meyers has more information on this if you are interested.

My head injury, though now completely healed, taught me the importance of all of this in regards to minimizing stress and anxiety.  For this aspect alone, I am completely grateful for that difficult time in my life.

Fortunately, this particular type of physical stress awareness is now coming to light in a much greater way.  On August 13th, of this year, 2021, the United States court of Appeals for the District of Columbia, (Washington, D.C.) ruled in favor of protecting children from the impacts of radiofrequency radiation, (AKA cell phones, computers, Wi-Fi, 5G and other wireless technologies.)  The court ruled that the Federal Communications Commission, (FCC,) violated the Administrative Procedure Act by failing to respond to comments on environmental harm.  These comments represented decades of scientific studies about the very real and potential health harms to people.  In the thousands of pages of scientific evidence, the negative impacts of radiofrequency radiation and/or electromagnetic frequencies, (EMFs,) are especially noted as being injurious for beings with smaller bodies, like children and animals.

I remember reading some time ago that birds and bees are especially vulnerable when exposed to some of these technologies.  They can become dazed and confused or, much more seriously, they can become reproductively unviable in just a few short generations.  And as is the case with some, they can also simply drop dead from high, (formerly deemed as safe,) rates of exposure.

There is also significant concern about how these frequencies affect sea life.  The navigational signals used by dolphins and whales along with other migrating species of sea life, like turtles and sea lions may be seriously impacted.

Also implicated in the court's decisions was The Food and Drug Administration, (The FDA,) as its "safety conclusions" were provided to the FCC without explanation, and the FCC used them to justify their lack of response to the thousands of studies indicating otherwise.  Federal regulatory agencies, like these, are mandated to protect us and the environment, from biological harm.  With regards to radiofrequencies and EMFs, clearly, they have not been doing their jobs.  So, skip wireless, or get fully wired or unplug all together.  For more information on this, go to this link, Environmental Health Trust.

Wireless radiation has been shown to alter brain development, damage memory, impact reproductive health and increase the risk of cancer.  Thank goodness the United States federal judicial system is finally catching up and taking legal action to protect us.  This is something that has already been being done in other countries, like the U.K, for years.  It's about time that our governmental agencies are being forced to stop favoring industry by ignoring these health hazards and instead care for the people that they were created to protect.   For this recent development, I am very grateful.  And I hope that you are, too.


Posted by Josephine Laing's Blog at 3:53 PM No comments: