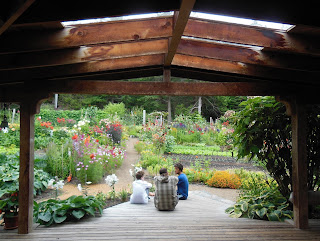 Thank goodness for the modern miracles of surgery.  There are times when it is a lifesaver.  I have a friend who was in a bad car accident years ago and got her foot shoved up her leg.  Yikes!  A hundred years ago that severe of an injury might well have caused her death.  She certainly wouldn't be able to move with the grace and ease that she has now, nearly good as new.

However, I was speaking with my friend Tony the other day; he is British and watches the BBC.  He told me that the golf commentators were recently saying how shocked they were that Tiger Woods was going in for another surgery on his spine.  They were amazed to hear that Tiger was expecting to be able to come back to his full golfing talent after this additional "procedure."  Tony said that it is just not the common practice in England to use surgery as a means for correcting problems for athletes, like it is here.  The British doctors, with their socialized medicine and subsequent absence of profit incentive seem to believe that the body can do the necessary healing much better on it's own.  They instead advise things like proper nutrition and rest with specific physical therapy exercises as the typical approach.  For myself, I certainly prefer that idea over performing the vast abundance of surgical interventions that we are so quick to jump into here.  Natural healing methods are so gentle while surgery is comparatively so very invasive.

One of the sayings that has always held the ring of truth for me is, "The number one rule of anatomy is to, 'Keep all your parts.'"  As a working medical intuitive for nearly thirty years now, I find it significant that I can just about count on one hand the number of times a person's body has asked for surgery.  That request is very rare.  There was one just the other day, but it is always a surprise to me when it occurs.  And all of those corrective or elective surgeries seem to cause quite a lot of trouble down the line, sometimes even resulting in more problems than they fix.

I feel the same holds true for dentistry and orthodontistry.  The root causes of so many of our health conditions, including those of the teeth, go much deeper than the surface level of correction.  Our poor American diet, resulting in the serious lack of proper nutrition, coupled with a sickening array of chemical and other medical "fixes,"sets us on the path of trouble from childhood on.  Too often we have been sold a bill of goods which is very profitable for those who are doing the selling.  I'm sure that for the most part, our western medical professionals are all very well intentioned, but I think that nature holds a deeper wisdom than our own.

Here is a beautiful example.  A good friend of mine worked in a veterinarian's office in her youth.  One day a  dog came in that had been hit by a car.  The vet evaluated the extent of the damage and found that the dog's femur bone was shattered into multiple pieces.  He called the people who had brought in the dog to suggest surgery and discovered that they had left false contact information.  It soon became clear that they were not the owners of the dog.  This is a somewhat common problem in veterinarian offices.  Unwilling to perform the extensive surgery on a dog with no owners, the vet was going to euthanize it.  But, in the meanwhile, my friend had grown fond of the dog.  She asked if they could keep it there at the clinic and just see if it might be able to heal on it's own.  If it could, she would then find it a new home.  The vet agreed and the dog was kept immobilized in a cage that wasn't tall enough for it to stand up.  Within a month or two, x-rays showed that the dog's femur bone had grown all of the pieces together and then had encased them all inside of a large lump of new bony tissue.  Then, miraculously, as the weeks went by, the dogs femur gradually sculpted itself down into a nice slim, perfectly formed new femur bone.  Isn't that amazing?!

The body can lay down new bone tissue when needed and the body can also take bone away.  We see this happening all the time with osteoporosis.  And again, there is untold wisdom here. The body in its vast intelligence mines the bones to buffer the blood when our pH becomes too low.  We risk significant harm to our vital organs, like the brain, when stress, or more commonly a poor diet, results in a lower blood pH.  So our bodies astutely take action to prevent the more life-threatening damage from occurring.  Bones are somewhat expendable.  Brains are not.

So back to the dog.  After it had grown its new femur bone, my friend started it on a gentle exercise program to further its rehabilitation and then once it was strong and fit again, she found it a new home.  Isn't that great?  We are all miraculous beyond measure.  Our natural healing power is unparalleled.  And if you ask me this is true most all of the time, even in the light of our modern surgical technologies.

I loved it when Louise Hay came here to San Luis Obispo a few years back.  She said many wonderful things and she also said something like, "Just don't start taking prescription drugs or letting them cut on you and you'll be fine."  Our bodies are not machines, and rushing in like engineers to a building project is simply antithetical to all of nature.  I came across a poem the other day that summed all of this up so nicely for me that in closing I'd like to share it with you.  May these beautiful words soothe your soul as they soothed mine.

When thought grew calm
and human will was silent,
the healing came,
gentle and natural as an opening flower.

Within the freedom of true self-surrender,
we feel the healing touch
of Love's all power.


Posted by Josephine Laing's Blog at 8:02 PM No comments:

Good digestion is the key to fabulous health.  This starts with good quality food of course.  Then proper food combining helps to ease the way.  Enjoy this short video on how to get powerful nutrition from every meal. 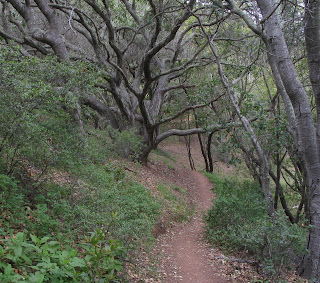 There is no greater authority in our lives than our own self.  Only we know all of the various situations and circumstances that have brought us to be who we are today.  Of course, it never hurts to gather information and opinions.  It's nice to see what our loved ones have to offer when we are faced with a decision.  But when it comes to making choices in our life, we are our own best authority.

There have been times in my life when I have relied on the opinions of others, especially in my youth.  And I have certainly done my fair share of offering up my thoughts and concerns to others.  However, on some level, both of these situations are subject to illusion and projection, especially if there is emotional attachment to the ideas shared.  We often think we know what might be good for someone else.  But, really, most likely, that same advice that we'd like to share turns out to be something that would be good for us.  And unless we take the time to ask within on our own behalf, we barely know what might benefit us best.

So, how do we ask within?  It's really quite simple.  We just need to get still and let ourselves be.  No agenda.  Just sitting somewhere, perhaps in a little personal sanctuary, or walking down a country lane, taking a momentary break from the hustle and bustle of all of our daily thoughts.  Look at a flower, or a bug for a moment or two.  Really look.  Or take a bite of something, then slowly chew it.  Let yourself thoroughly taste it.  Or listen and see if you can hear a distant sound, try to find the one that sounds the most far away.  Lend your ear to the task.  All of these simple awareness techniques let your attention come to the here and now.  Then, once you've had a few moments, just being yourself, think of something that you really love, it could be a puppy or a sunset.  This engages our heart mind, our higher self, our super-conscious mind, and it puts us in the best part of our self from which to receive.

Now go ahead and ask yourself how you feel about the question at hand.  Let your ears listen, give yourself the gift of introspection, let your eyes see using your vision center, notice how it feels in your gut.  Our gut feelings let us also check in with any body memories that may be associated with the idea.  Then settle back into your heart again.  Ask your heart how it feels about the prospect.  Listen there.  You'll likely get one clear idea, something that resonates you.  Or, maybe you will get an array of ideas. If you do make careful mental note of them all.  Take the time to let them coalesce into a plan of action and then go with that.

We don't need a middle man when finding our way in life.  We are innately born knowing what we came here to do and when we ask within we are guided on our way.  I like to call this process, "Dialing Direct."

When we take the time to ask within and then honor what we receive with actions that are in harmony with our internal responses, our whole self comes more fully into alignment.  We find our place in the world and in the Universe as well.   Then as well, the simple act of letting ourselves 'ask within' engages the great spiritual law of asking and receiving.  The more we ask, the more we receive.  When we live our lives in accordance with spiritual laws such as this one, we find greater levels of self-fulfillment and we free ourselves to increase the joy in our lives.  So, take the time to ask.  I have found that it is a lovely practice.


The prime medicinal herbs traditionally found in hedgerows have been a wonderful way for people to heal themselves through the centuries.  Enjoy this short video about the many beauties of the hedgerow. 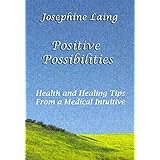